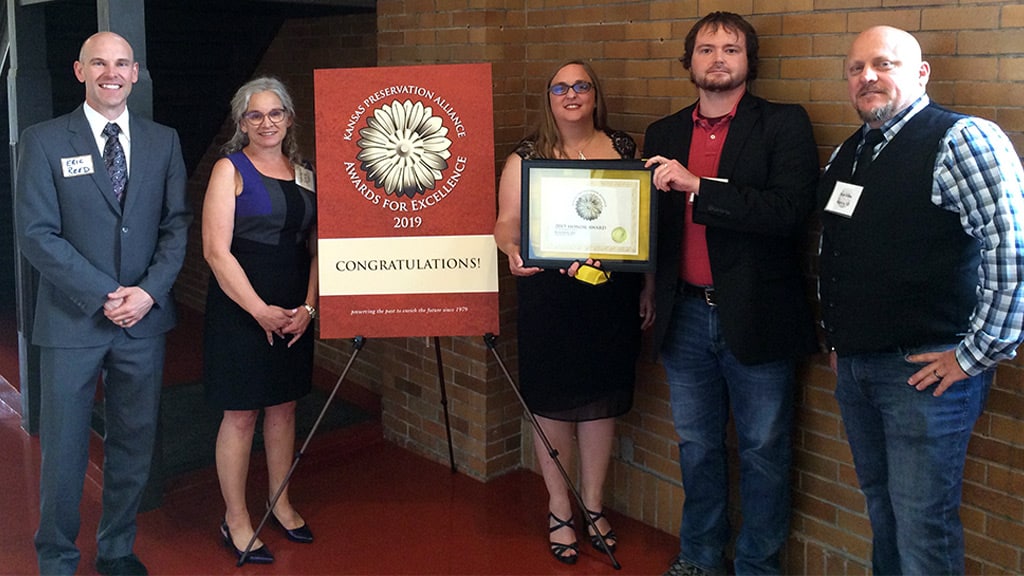 Built as workshops for the Leavenworth Arsenal c.1859, Building 102 served a utilitarian function for its first 40 years and is a contributing structure to the Fort Leavenworth National Landmark District.  Upon closure of the arsenal in 1874, Building 102 served as workshops – such as blacksmith and machine shops – and later storerooms for the Quartermaster Depot in the early 20th Century.  Reuse of this building focused on retention and preservation of those materials, features, finishes, spaces, and spatial relationships that portray the building in its first non-utilitarian use as an open barracks.

@ yaegerarch https://www.yaegerarchitecture.com/aia-student-tour/ … Yaeger hosted seven students from Blue Valley CAPS last week in conjunction with the @AIAKC Center for Architecture and Design, and @STEMKC Design Career Day. Head to the blog to learn more about the visit.pic.twitter.com/xTrF99e4GI 2 months ago

@ yaegerarch Thank you! We are too! 2 months ago

@ yaegerarch https://www.bizjournals.com/kansascity/news/2019/11/22/coolest-office-spaces-2nd-yaeger-architecture.html … Thank you Kansas City for making us one of the Kansas City Business Journal 2019 Coolest Office Spaces! Head to the Journal's site to read more about our recent move and new home in @LenexaCityCntr. #YaegerArchitecture #BeyondBuildings #CoolestOffice 2 months ago