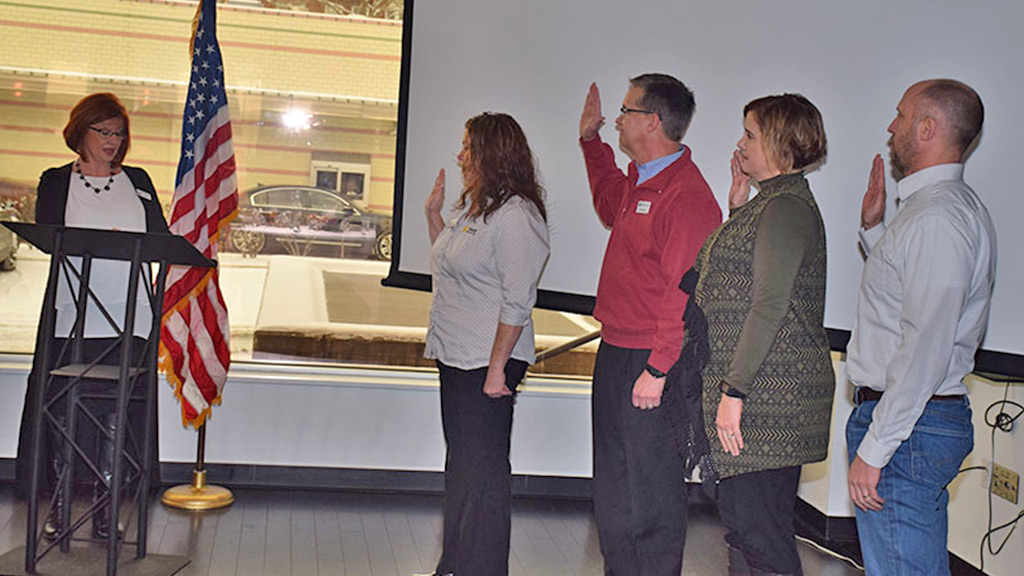 Matthew Turner of Yaeger Architecture was sworn into office as President of the Society of American Military Engineers (SAME) Greater Kansas City Post at a ceremony on January 5th, 2017.  The mission of the Society of American Military Engineers is to unite public and private sector entities and individuals in the A/E/C fields so that we can prepare for and overcome natural and manmade disasters, acts of terrorism and improve security at home. Turner, who served as the Greater Kansas City Post’s Vice President last year, is looking forward to focusing on the opportunities of SAME membership, including workshops, monthly luncheons, networking events and educational opportunities. The swearing in ceremony was held at the January Greater KC Post Luncheon at the Grand Street Cafe in Kansas City, MO.

Jackie Hacker led the oath of officers as the Missouri River Regional Vice President.  Yaeger Architecture’s Christina Przygoda also participated in the ceremony as a Director and is now the head of the Post’s Engineering Camp initiative.  SAME camp participants discover the endless possibilities and benefits of service academy enrollment, with the goal of strengthening the nation’s infrastructure by pursuing careers in, and related to, military engineering/public service.

We are proud of Matt and Christina and look forward to the impact they will have with the SAME Greater Kansas City post over the next year and beyond!