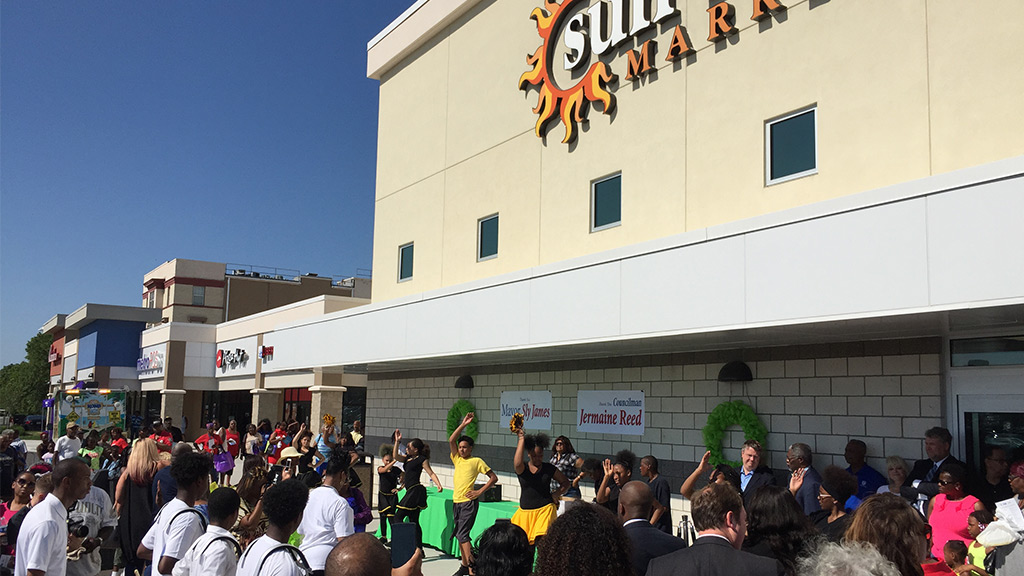 A new Lipari Brothers Sun Fresh Market opened June 16th at 3110 Prospect Avenue between 31st Street and Linwood Boulevard in Kansas City.  Yaeger is thrilled to have been a part of this critical retail redevelopment project for residents of Kansas City’s East Side.

The grand opening event featured performances by local drum and drill teams and speeches by Kansas City officials including Mayor Sly James and 3rd District City Councilmembers Jermaine Reed and Quinton Lucas. The City of Kansas City bought the Linwood Shopping Center in 2016 as part of a $13 Million investment to spark redevelopment in the area.  The R.H. Johnson Company was the developer and A.L. Huber was the General Contractor for the grocery and site development.  Builders by Design, LLC provided oversight of the project and design & construction services for the adjacent retail spaces.

Yaeger Architecture was the designer of the full-service grocery component and site redesign.   The new grocery features a fresh, contemporary design, including a large inviting glass entry. Canopies, lighting and architectural details provide human-scale elements to the center.

Site improvements include enhanced landscaping and pedestrian links to surrounding streets. The existing retail center was also redesigned to be compatible with and complementary to the grocery.