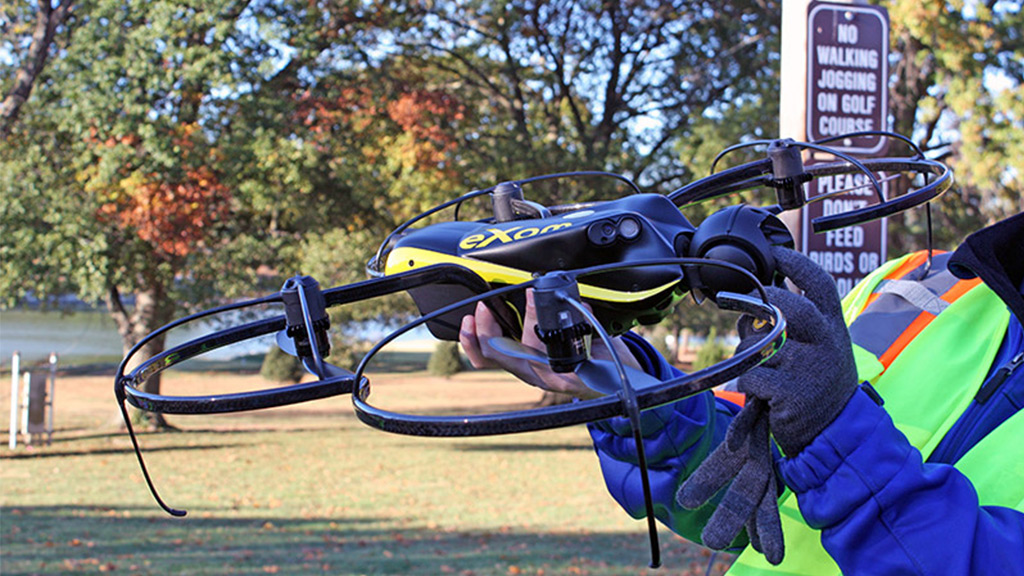 Drone Use in the AEC Industry

Halloween is over, Thanksgiving is a week away, and Christmas is just around the corner.  Department stores are beginning to decorate and advertise, holiday tunes are blaring across radio waves, and the busy shopping season is upon us.  Topping many gift lists this year are Unmanned Aircraft Systems (UAS), also known as Unmanned Aerial Vehicles (UAV), or more popularly, Drones.  Popular Mechanics reported that the FAA anticipates that up to 1 million drones will be gifted this holiday season.  In order to protect aviation safety, the FAA and the Transportation Department announced that new regulations for UAS devices will be coming in November 2015 requiring recreational drones to be registered.

Outside of the hobby industry, UAS devices are becoming widely used in the AEC (Architecture/Engineering/Construction) industry.  Designers and engineers are experimenting with attaching 3D printers to robots and drones and drones are even being used to construct structures.  In the field of architecture, UAS devices are starting to commonly be used for orthophotography, mapping, and fly-through video of completed works.

An orthophoto is a photographic map which has a uniform scale, allowing accurate measurements to be taken from the image.  In orthophotography, a UAV is flown, making adjustments as needed as to not create any image displacements.  Orthophotography taken with the help of a UAV is replacing ground-based remote-sensing methods for several reasons.  Ground-based equipment can only capture what it can see while an aerial device can be flown so that the details can be seen from numerous angles and elevations.  Capturing images with a UAV is quick, accurate, less invasive, and safer than more traditional ground-based methods.

Using a UAS to gather information for mapping in place of a manned aircraft or land-based surveying team also has many benefits.  It can be more expedient than scheduling a manned aircraft if the company owns their own UAS and has trained staff in-house and is much quicker than a field surveying team.  The cost savings is a huge benefit as well.  Flying a drone is much less expensive than chartering an aircraft and because of the time savings, it is much more affordable than hiring a field team to conduct the survey from the ground.

Utilizing a UAS device to capture fly-though video coverage can be great marketing for an AEC firm and their clients.  A drone can easily fly through a building, capturing dynamic imagery so that people from all over the world can tour a space virtually.  Construction companies can fly a drone over a site to document progress during construction.  An end-user can use the video coverage to market a new building or space to attract customers.

UAS devices are becoming more and more commonly used in the AEC industry today with many benefits including time savings, cost savings, and safety.  The most important factor to consider is having a well-trained, experienced team member as part of the operation.  As the cost of drones decreases and accessibility increases, we must ensure our teams are following ever-changing regulations and keeping the safety of all in mind.

Check the blog next week to see how Yaeger is currently using drones in our practice.