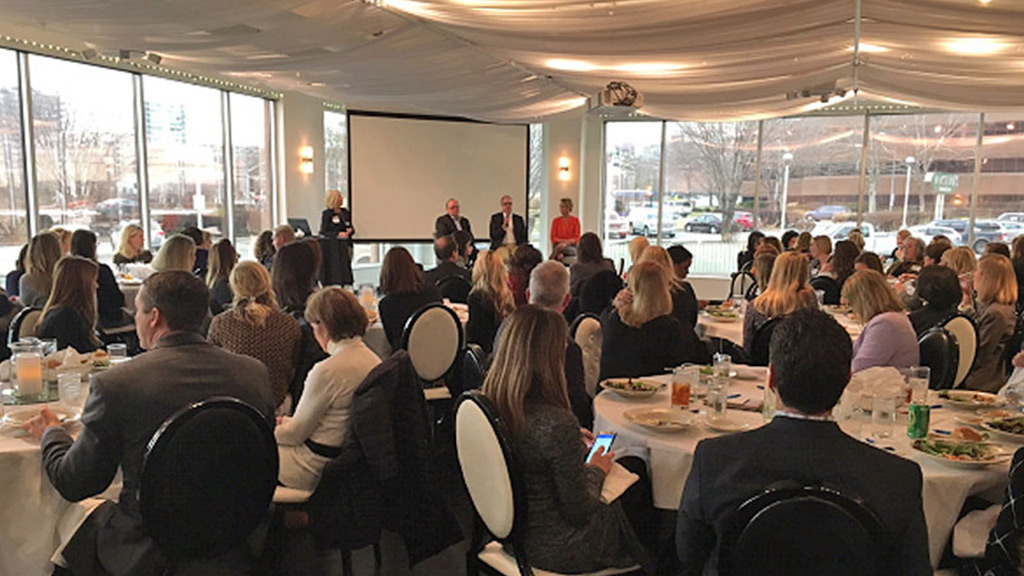 On Tuesday, January 24th, the Kansas City chapter of Commercial Real Estate Women (CREW) hosted its first quarterly luncheon of 2017 for over 100 industry professionals on the topic of “Suburban Retail Redevelopment in Kansas City”. This state-of-the-market discussion was led by panelists Carl Yaeger of Yaeger Architecture, Dave Claflin of C2 Creative & Legacy Development, and Gwen Locher of Lane4 Property Group. The panelists spoke to the trends and issues facing suburban retail redevelopment as well as the retail marketplace in general. Many of these issues have seen some recent press, including the reinvention of the retail industry and its impact on existing brick and mortar retailers. See below for the panel’s takeaways that are on target with national trends.

On opportunity for retail redevelopment in Kansas City:

Gwen noted that redevelopment of retail will always be a good thing, and will always be needed. Location of the property is critical, because retailers have a pretty good idea of where they will or will not go based on consumer demographics. So, unless the center is truly in a poor location, there will always be a retailer that wants to be there; it just takes pursuing those specific retailers and presenting them with the demographics they like. The panel reinforced the idea that if the correct demographics aren’t there, even if you build a beautiful property, a retailer will only want to be where they are visible to their ideal consumer.

On defining the need for redevelopment:

Dave explained the process of undertaking redevelopment projects such as Truman’s Marketplace. He illustrated the process of decline that some properties undergo over the years, from bad management to poor tenant attraction, to poor overall property health. If these properties are still in areas that are deserving of better retail options, then there is opportunity for redevelopment. The need lies in creating or reinstating the centralization of critical retailers in communities without much option. Dave also mentioned the importance of good leasing practices and architectural design to these suffering properties – the creation of improved access, security, and overall modernization of the center is critical to attracting the consumers desired by the retailers. With Truman’s Marketplace, Dave characterized the center as the front door to Grandview and the back door to Kansas City – a critical showpiece property for the entire region – which made the decision to pursue redevelopment a “must”.

Gwen noted the reinvention happening with retailers such as Restoration Hardware. She explained that historically, retailers have relied on media as advertising – sending out coupons, catalogs, and other drivers to get shoppers into their stores. Now, their methods have almost completely reversed. It is the experience consumers have within the physical walls of the retailer that convince them to go home and purchase items online.

The “store” has evolved into the temple of the brand. Panelists explained how we are seeing this take shape: stores are cutting down on sales staff and hiring personal shoppers or highly-trained customer service professionals, eliminating check-out stations and extra stock, and focusing differently on their sales growth. Retailers are shifting their views towards overall sales (both online and in-store) versus sales per square foot within their brick-and-mortar locations. This recipe is redefining the spatial needs for some retailers, as well as heightened branding design within the store to evoke organic advertising through consumers’ social networking.

On local areas that need the most redevelopment:

Panelists noted that we are seeing some major shopping centers get absorbed and idealized into redeveloped properties or completely new developments. However, the true wave of the retail boom locally is going to be in our inner ring suburbs – our neighborhood-scale shopping centers – as this is where the millennial generation has begun to gravitate. The panel noted that there is not a large change in habits from generation to generation – the Millennials, for example, are still going to largely pursue home ownership, shop at neighborhood stores, and live in good school districts.

This demographic of young professionals and young families are choosing to reside in communities that aren’t a far geographic departure from the urban core – communities like Brookside, Prairie Village and Roeland Park are already feeling this wave of new residents. So that is where redevelopment is needed now and will be needed for the next several years.

On public involvement in projects:

Cities are generally supportive of retail redevelopment in their areas. However, much of it cannot be accomplished without public financing. So then it becomes an issue of balancing the needs of the retailers, the community, and the investors. It becomes very tough to accomplish if cities have strict guidelines.

Carl mentioned Yaeger Architecture’s recent work on the Linwood Shopping Center Redevelopment at Linwood and Prospect in the urban core – although it has been a needed redevelopment for the surrounding community for many years, it has only come to fruition due to heavy involvement by the city.

On future industry disruptors and game-changers:

Panelists agreed that the retail market is still very uncertain. We haven’t seen the new prototypes by retailers like Restoration Hardware completely paying off for them just yet, so it will be a bit of a waiting game. However, we can remain ahead-of-the-curve by focusing on high-growth areas from the migration of our generations.