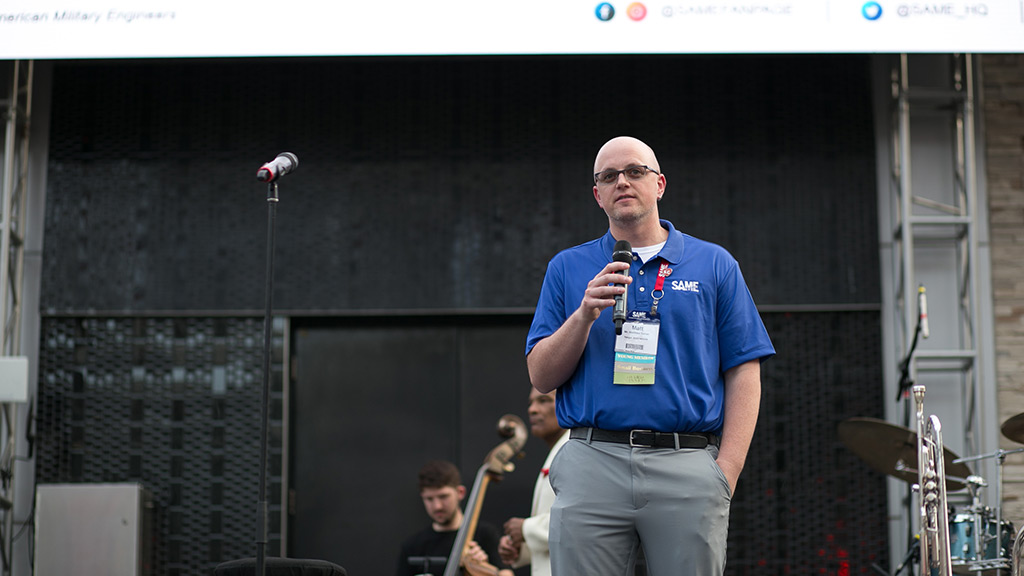 We are excited to announce that Yaeger VP, Matthew Turner, has been elected onto the Society of American Military Engineers (SAME) National Board of Direction!  He will serve as an Elected Director for a three-year term (2019-2022) which will begin at this year’s Joint Engineering Training Conference (JETC) in Tampa, FL.

Matt credits his sense of leadership and dedication to his father, George, who served as a Vietnam era commissioned officer in the 101st Airborne. “My dad instilled in me a profound sense of purpose and character. He taught me that his service afforded me the opportunity, and responsibility, to find my path to serve our country. I have found that way within my profession and SAME” said Matt.

Matt, congratulations, and thank you for your hard work and dedication.  We appreciate all you do!